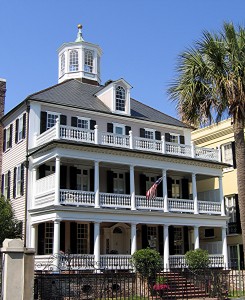 The following is a post from Kim at Eyes on the Dollar. KIM ROCKS!!!! So check out her site after reading her awesome post for iHB! Now…back to shuffling W-2’s…

We’re all familiar with the expression “Keeping up with the Joneses.” It is so common that it has its own Wikipedia page.

That’s right. If we can’t keep up with our neighbors in the accumulation of material goods, we are perceived as inferior. Spending money and obtaining things with credit has become so accepted that is seems weird not to do it.

You get the point. To be a Jones, you have to keep buying. It doesn’t matter if you already have something. You need the newer, fancier, more expensive version. Your job is to keep ahead of the everyday spenders and make yourself stand out.

You know what else you get to have if you’re a Jones? It’s probably the most important part.

If you aren’t swimming in debt up to your eyeballs, you aren’t really seizing the American dream. Joneses really wouldn’t keep much in savings either. Things, not security, matter to a true Jones. We ended up working our butts off to make payments on all the stuff we thought we needed. It can be really exhausting. After we saw some family members (also Joneses, obviously) lose everything because they couldn’t keep up with the game, we started to rethink what it meant to be a Jones.

Maybe being a Jones isn’t all it’s cracked up to be? After much soul searching and time spent figuring out what really holds value and what doesn’t, I’m proud to say we gave up our Jones identity. Although it was scary at first,  I am happier without it. Joneses don’t really have time to enjoy life. They are too busy running to stay ahead of AMEX, Discover, Visa and Mastercard.

The next time you aspire to become a Jones or even keep up with one, decide to be a Smith, a Carlisle, or even a Bernatowicz. You might find yourself leading the pack in the right direction instead of into the vortex of “Keeping Up with the Joneses.”

Kim is an optometrist and reformed spender who blogs about her journey toward achieving 20/20 financial vision at Eyes on the Dollar. No harm was intended if your given surname is actually Jones.

35 thoughts on “Forget Keeping Up with the Joneses, I Became One”