Life has a way of cruisin’ along just fine for a long while, and then completely overwhelming you all at once. It ebbs and flows like the tides of the ocean, but can hit you like a tidal wave without warning, destroying your reality and leaving you there to pick up the pieces.

I lost two grandparents in the past month.

Before Michelle and I even got married, we were already talking about baby names. In fact, we had already picked out our first daughter’s name while we were dating. And it was no question that her middle name would be June.

My grandma June was the sweetest, most kind and loving woman I knew. And even at 80 years old, she wouldn’t let you lift a finger, but with a servants heart would cook you amazing meals, enjoy wonderful conversation and generally make you feel like the most important person in the world. 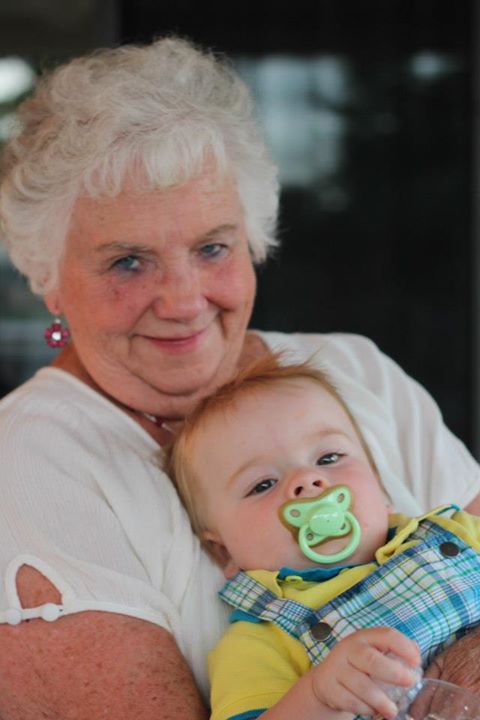 And the tidal wave that came ashore was the day we found out she was diagnosed with an aggressive cancer.

First thoughts of cancer brought my mind directly to all the people who have fought cancer and survived. I mean, why wouldn’t hers be another success story of the advance of modern science and triumph of the human spirit? But maybe I just didn’t want to think of the reality of how cancer kills. I mean, most everyone who has died in my family has died of cancer. Even my dad. But we knew she could beat it!

PETscan confirmed that it had spread all throughout her body. We were able to use our stored up credit card points to hop a last-minute flight down to California to visit in mid-November. She wasn’t feeling well, but came out to chat with us, watch old home movies, and take some pictures with our family. That was the last time we saw her.

It only took 4 months for the cancer to take her. She was diagnosed in August of 2013 and passed in December of 2013. Our family lost an absolute treasure of a woman, and heaven gained an angel.

Our hearts were crushed that grandma June did not get to meet her great-granddaughter. But less than a month later, our baby girl was born. We could not be more thrilled about our new little blessing! She was beautiful (of course), precious and sooo tiny (compared to her big brother).

We experienced the highest of highs that day. As a proud father of a brand-new baby girl, my heart was already taken by this little bundle of joy. 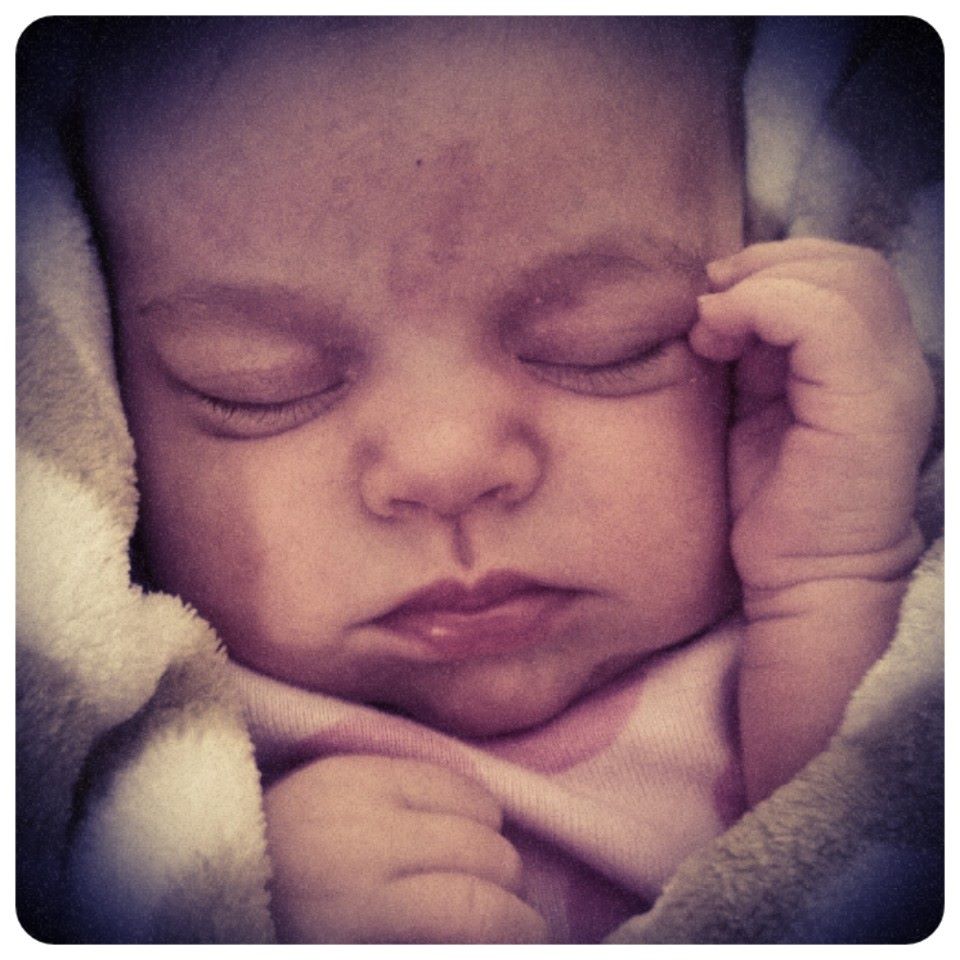 Along with our joyful celebration came the sleepless nights and adjusting common to all with a toddler and newborn. And we also went through the hardest week we have ever been through as parents. A toddler sick with the flu for 9 days, Dadda with the same thing for 7 days, and 2 week old with a cold. ICK! But we came out the other side stronger as a family unit, and finally healthy.

Just after our season of sickness was winding down, some more terrible news came.

I’ve talked a little bit about my grandpa on this blog. He was one of the most generous, kind, fun-loving people I have ever known. He always had a joke ready, and wouldn’t hesitate to give you crap just to get a rise out of you. As a kid growing up, he was like Santa Claus, a jolly man with a big smile and even bigger laugh. Visiting “Papa” was always the best vacation! 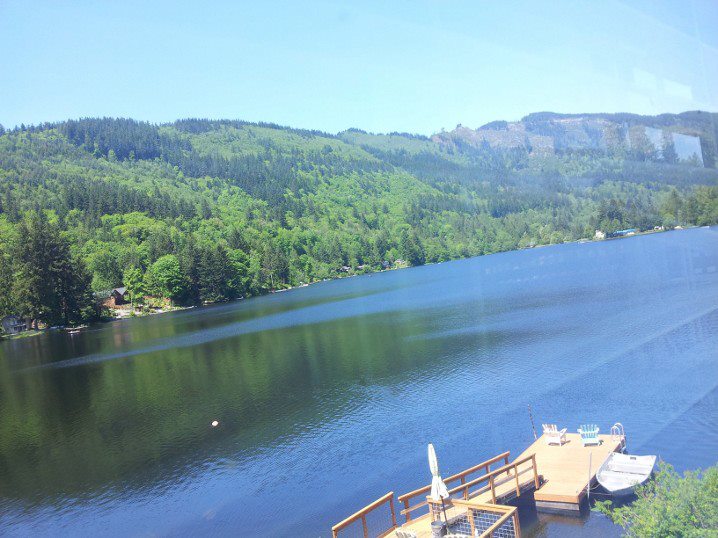 It is the most beautiful place I can think of in Washington, and is a place where the happiest moments of childhood are carried in our memories. My grandpa wrote his life story into a 220+ page book, and a HUGE chunk of it was dedicated to all the wonderful things about his cabin.

That is how I will always remember my grandpa. A loving husband who literally took care of his wife for years and years, though she had a tough time remembering who he was, and had forgotten most of our family (Alzheimer’s). A loving father who gave everything to take care of his children. A caring and kind “Papa” who showed his grandchildren what it meant to be generous and put family above all else. And a great-grandparent who will pass on his legacy through more and more generations through his life story. 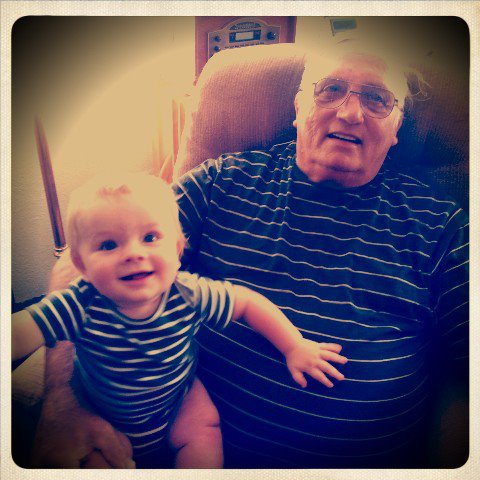 At the same time my grandma June was diagnosed, we also found out he had a cancerous tumor in his neck. It was inoperable.

He did undergo some treatments to the point where he was flown back to Seattle to see if they could operate. Again, a PETscan revealed the cancer had spread, and they gave him only a few months to live. Since he was nearby, we were able to finish his book (took 6 months to edit in our spare time) and hand him a physical copy on Christmas. We got to say our goodbyes and he met our baby girl. And then we watched another grandparent taken away by cancer in less than 6 months.

My grandpa passed in January 2014, we attended his funeral this past week.

You Can’t Take It With You

I got the chance to talk with my granpda a bunch before he passed. I also got the chance to visit my grandma and enjoy her company once last time before she passed as well. On those occasions, not once did I ever hear them lament over not having earned more money in their lifetimes. Not once did they complain about their lack of stuff, not having the newest shiny trinket, or a new car.

These things have stuck in my mind, and I haven’t been able to enjoy thinking about money or planning budgets or blogging about savings for the past month. There have been much heavier things going on here, and I am still trying to process it all, though I am finding that just writing this stuff out helps.

Money is a necessary tool, and a budget plan needs to be put in place to get it sorted out. But not so you can buy more crap that you can’t take with you. But so you can forget about it and focus on what is really important.