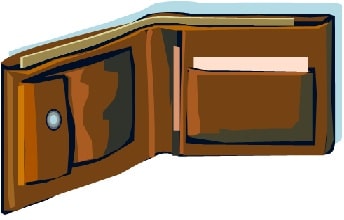 To say that I have made poor choices with my money is an understatement. When I look back at all the stupid things I decided to do with money it sometimes hurts. By the time I turned age 21 I had wasted over $100,000 in three short years. SICK! If you missed that, let me write that again for emphasis. I WASTED OVER $100,000 IN LESS THAN 3 YEARS BY THE TIME I TURNED 21 YEARS OLD! Now, I won’t get too much into that story (maybe another time), I do want to talk about the concept of being broke vs. being poor.

I want to lay out a quick definition so as to show the difference between being broke and being poor. Poor is a state of being brought on by circumstantial problems. Poor is a lack of income and resources to provide for the basic needs of life. That being said, poor does not mean stupid. My mother-in-law was poor for a little while. A single mother of three children with a mortgage and a part-time job. And though she was poor, she was an amazing budgeter and was able to provide for the needs of her family through wise financial choices.

Now broke, on the other hand, happens when well-meaning people make bad choices with their money. Broke is brought on by the lack of planning in one’s financial life. I like to call it “Financial User Error”. There are many people with the means and resources to build a solid financial foundation and grow wealth, but who seem to always be running out of cash. These people live paycheck to paycheck and wonder how they can ever get ahead. If you fall into this category, I’m glad you’re here!

Dave Ramsey likes to call out those who make mistakes by saying that they “did stupid”. I can definitely resonate with that. After going through more money in 3 years than I had even earned up to that point, I realized that I had done major stupid with my money. I had lost some great investing opportunities and the ability to make my money work for me.

Those of you who followed my Budgeting Basics Series were called to go through all of your spending over the last 2 months and detail out where EVERY DOLLAR WAS SPENT. If you still have that paper, it might be fun to go back and write “stupid” next to every frivolous transaction that you blew your money on. It might help you visualize how many times you wasted money on things that are not important to you. I would especially highlight any time you had to PAY INTEREST on anything (credit cards, short-term loans, etc.) because if you actually had the money for those items, you would not have paid any interest on them. I think it’s definitely freeing to admit you have spent your money in the wrong places because it allows you to stop living in ignorance of the fact that just because you make money, doesn’t mean you know what to do with it.

If you are in the poor category, keep up your diligent work towards meeting the necessities of yourself and your family. If you are in the broke category, you have some work to do, but don’t lose heart! I would suggest going through the Budgeting Basics Series to help you get a handle on your spending. The series covers a few topics that will help curb excessive spending:

As someone who was in the broke category for the better half of a decade, I know that it can feel like you are stuck and what you really need is MORE MONEY! Trust me when I say that you would still be broke if you had more money. What you really need is a change in your mindset in how you think about your finances. GIVE YOURSELF A RAISE by getting on a budget and doing a little planning. We budgeters do have more fun than anyone else, so come join us and take the leap to the other side!

Comments: Are you in the poor category or the broke category? Do you feel like you are stuck living paycheck to paycheck? If you have started a budget, what do you find to be the hardest thing to stop or reduce spending money on? Is Men in Black 3 quite possibly the world’s greatest sequel? Will Smith has NEVER made a bad movie, amirite?