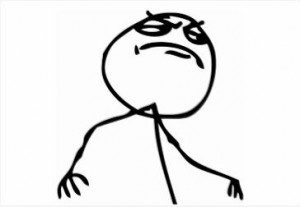 It’s that time of year again. Time for the lame goals that everyone sets but never accomplishes. Time to join the gym (again). Time to get all pumped up for like 3 weeks before you settle back into “normal” life and keep doing whatever it was that you were doing before.

Who needs that crap? I don’t think you should even bother with it this year. Here are 5 reasons why you don’t need a budget in 2014.

1. Goals Are Just Too Hard. You’d Prefer Something Easier. Like ‘Not Goals’.

Budgets are inherently goal-centric, and are built to put a financial framework around the goals in your life. Think of a budget as the financial bumper-lanes to your daily spending, with flexibility and freedom to move around, but always directing you toward the goals. But goals are tough. Goals require you to stay focused on something for more than just a few SQUIRREL!!!

2. You Don’t Want To Know Where Your Money Is Going.

I’ve heard the quote “budgets are you telling your money where to go instead of wondering where it went” from people like Dave Ramsey. But what do they know about money? I mean, who cares where it goes. Your money is spent where you want it to be spent, because hey, it’s your money. There’s no way you’re wasting money on crap that you don’t care about, right?

Plus, tracking where your money goes is too much work, and would take away from various activities such as finding the bottom of the Cheetos bag and scratching your backside for 20 minutes. Who has the time? If there was a program that would do it for you, you’d be all over it like Justin Bieber on autotune. But when you last tried to search for one, you got distracted by all the cats on the internet.

All those newbs out there creating a plan for the future and saving money are just scared to live life on the edge. Don’t know if you can pay your mortgage next month? Invigorating! Wake up without hot water because you spent your utility money? SICK! Waiting for the next paycheck to come in so you can feed the dog? How exciting!

But what you don’t tell people is that living on the edge isn’t too scary….because you can charge stuff to your free-money card (credit card). You pay the minimum payment, so you’ve got it together more than you lead people to believe. BUT YOU STILL LIVE ON THE EDGE! GET SOME!

4. You Don’t Know How To Use A Computer. Or A Pencil And Paper. Or A Calculator. Also, Math Is Hard.

Maybe putting two and two together would give you a brain aneurism…..or be 5. Maybe looking at that digital contraption with numbers and symbols and such would make you go cross-eyed. Like this. 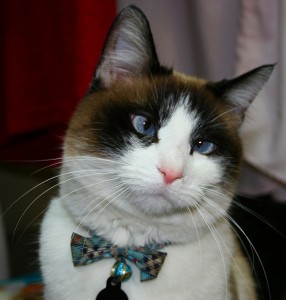 You can seem to get up every morning and usually put your pants on straight, but technology is too hard. And pencils are heavy. And you need to sharpen them. Where do you find a pencil sharpener anyway? Now you’re just sitting there with an unsharpened pencil, an empty bag of Cheetos and SQUIRREL!!!

5. You Want To Live Free And Budgets Are Too Restrictive.

A budget is like taking all the cake and ice cream out from under you on your 10th birthday in front of your friends just before you blow out the candles. They’re unfair. They’re just “too restrictive” and “take away all the freedom” you worked so hard for. Budgets are a buzzkill.

Nevermind that they can literally save you THOUSANDS OF DOLLARS this year. Nevermind that Jacob has literally saved someone over $6,000 a month by getting them on a budget and they still had their weed money. Nevermind that the only true way to financial freedom is directing your money towards what really matters to you, and you will continue to waste money on ridiculous crap until to create a freaking budget plan and start caring about life.

Nevermind all that, because freedom means doing what YOU want to do. Freedom means your money going toward your priorities, not toward things you don’t like, creating goals and reverse engineering them so you ACTUALLY HIT THEM, creating a financial buffer so you don’t have to stress about money, and planning ahead to make sure you continue to enjoying the freedom you have built.

And that’s the key. Freedom feels a lot like hard work, but is enjoyed infinitely more than laziness (aka fake freedom). You need to build your freedom, enjoy the fruits of your labor and keep focused on those important things in life that drive you (even if there are squirrels around).

And it all starts with a simple budget.

So, what do you say? Will you join the masses in creating lame resolutions that you don’t actually plan on keeping, or will you create a budget and enjoy kicking butt in 2014…?

Top 5 Budget Apps for Couples in 2021 (Better Marriage!)
The 6 Best Free Printable Budget Worksheets on the Internet!
Do Dave Ramsey Budget Percentages Work? (2021 Update)
EveryDollar vs. Mint (2021): Which Budget App Is Worth It?